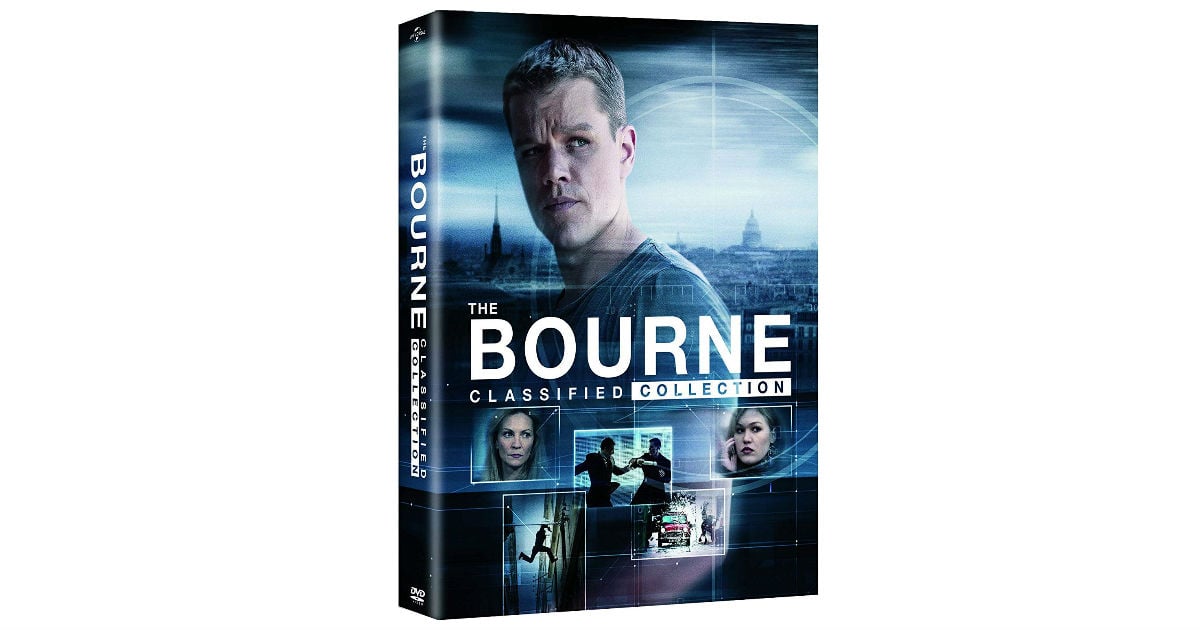 Amazon has  The Bourne Classified Collection DVD Box Set for only $12.99, regularly $29.98. All 4 Bourne films are available together for the first time ever! #StockingStuffer, #gifts, #JustForYou

Get ready for non-stop action, edge-of-your-seat suspense and spectacular chase sequences with everyone’s favorite assassin in The Bourne Classified Collection! Matt Damon is Jason Bourne, an elite government agent determined to outwit and outmaneuver anyone who stands in the way of his mission to discover the secrets of his mysterious past.

As part, the next generation of genetically-engineered agents, Jeremy Renner as Aaron Cross attempts to finish what Bourne started. Follow their explosive, action-packed adventures with the blockbuster films from one of the most popular series of all time:

Loaded with hours of bonus features, The Bourne Classified Collection is the ultimate espionage experience for Bourne fans everywhere!